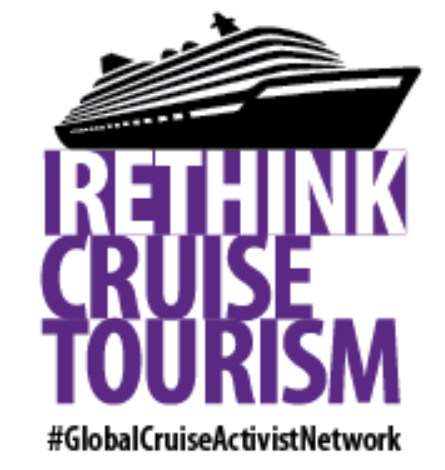 The Global Cruise Activist Network (GCAN) is calling on UN delegates to take immediate steps to ensure that cruise ships in service anywhere in the world comply with standards that will achieve net zero emissions of greenhouse gases by the cruise industry by 2050.

Cruise ships are super-emitters of greenhouse gases; they are more carbon intensive than cargo ships of similar size because they burn fuel to power infrastructure for, typically, 3,000 up to as many as 10,000 passengers and crew.

GCAN is calling for a halt to construction of cruise ship terminals worldwide, and the imposition of a “clean ship standard” which progressively reduces the carbon-intensity of each ship to zero.

GCAN recommends that at a minimum, standards for the cruise industry should require emissions reductions of 40% by 2030 and incremental reductions of 5% year-on-year thereafter.

Ironically, two Estonian-owned cruise ships hired for accommodation during COP 26 are running on fossil fuels despite being equipped to use onshore power.

“The accommodation solution in Glasgow to use floating hotels is deeply disappointing and flies in the face of the purpose of the event to limit global pollution. Multiple reports and evidence are available which make clear the risks cruise ships pose to human health and the environment, including the peer-reviewed scientific paper published in September this year: “Environmental and human health impacts of cruise tourism: A Review” by Lloret et al. The organizers of COP 26 ought to be very embarrassed by renting these super-polluters and disease incubators,” said Linda Clark, a GCAN activist in the Cayman Islands.

Cruise ships are a luxury that cause serious climate damage. The industry and its regulators must give priority to decarbonizing ships and promoting the long-term health of the atmosphere, the marine environment, and port communities.  It’s time to abandon “cruising as usual”.

In 2017 a new volume, edited by Luigi D’Alpaos, was released by the Istituto Veneto di Scienze,…

Explore our Venice Resource on the Royal Geographical Society Website