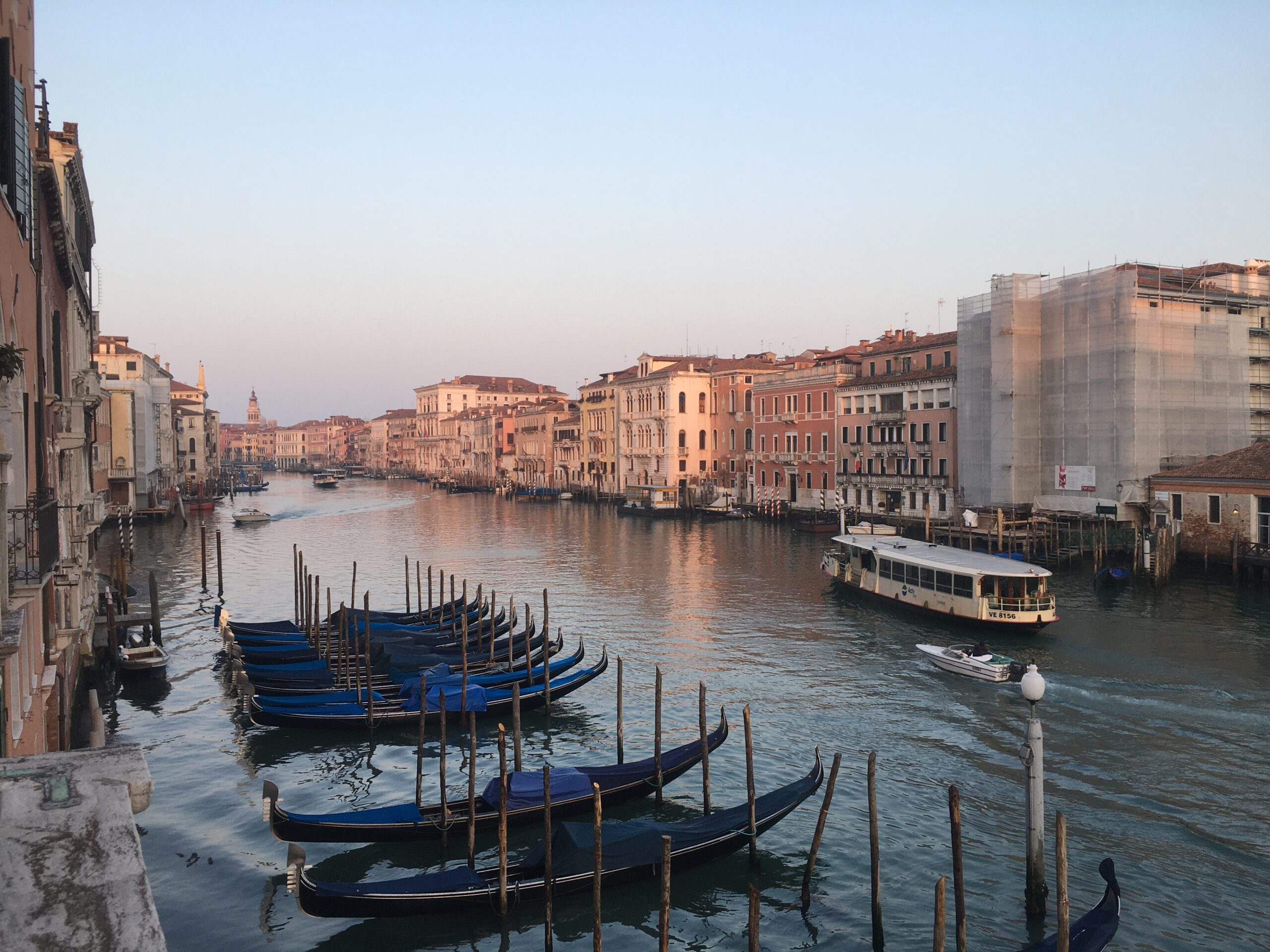 We are here Venice was contacted by Geo France to contribute to a detailed exploration of the city’s potential rebirth following Covid-19 restrictions.

In the middle of the lagoon, on the island of Sant’Erasmo, the Frenchman Michel Thoulouze is savouring the unimaginable calm which descended hear between March and May. ‘I feel as though I have discovered new places, like when a veil is lifted on the inauguration of a new monument…the empty Rialto bridge, Saint Mark’s Square almost unsettlingly quiet, canals smooth and mirror-like…’ So, now that the borders are opening again, he has a word of advice: ‘Come! There’s still time to see Venice as it will never be seen again. For some months at least, Asian and American tourists, tour groups and cruise liners won’t be there – so much so that the city will continue to belong to its inhabitants and its true admirers.’

This unheard of situation is both heaven and hell for Venetians. They are savouring the joy of finding themselves in one of the most beautiful cities in the world, but they are in anguish at the idea of losing their livelihoods, which are provided by almost 30 million tourists per year – of which 85% come from abroad. Last year, during the high season, up to 100,000 people flocked over the Rialto bridge every day. Despite everything, Venice’s residents are united on one front: they must take advantage of the sudden stop in order to invent new ways for Venice to welcome the world.

It’s time to establish a framework which would protect Venice from the devastating effects of mass tourism. But how can this be done when 65% of the local population are registered as working within this sector? The start of this summer brought a considerable change of scenery. There is an abundance of seating space on board the omnipresent vaporetto number 1, which bobs along the now crystal clear Grand Canal. ‘We’ve even been surprised to overhear conversations in Venetian dialect again’, noted Benedetta Fulin, who runs the Local, a restaurant in the sestiere of Castello. But already ACTV – the company that runs public transport in the city – is giving warnings: without tourists paying full price for their tickets, maintaining the number of routes which traverse the lagoon and providing for the upkeep of their ageing fleet of boats will create a financial chasm by next year.

As for the giant cruise ships which residents have been protesting against since time immemorial, they have vanished in amongst the health crisis. Good news to some – but it directly and indirectly threatens 5,000 jobs in Venice. So what, some say. ‘As long as the industry doesn’t make changes to become more environmentally-friendly – such as smaller ships, non-polluting engines – we need them out of Venice’, insists Jane da Mosto of the organisation We are here Venice.

Is the M9 ‘micro smart city’ the future for Venice?

WahV speaks about the recent opening in Mestre of the M9 museum, the first digital…

The Guardian 29.02.2020: ‘It’s the last nail in the coffin’: Venice Empties as Coronavirus Spreads

If this is a wake-up call, who is listening? The Guardian's Hannah Roberts got in…