Air quality in port cities is a major cause for concern, especially as more evidence emerges from epidemiological studies that show a direct correlation between illnesses associated with air pollution and proximity of homes to busy ports.

In preparation for a broad ranging citizen science air quality monitoring initiative, we are partners in a pilot study of atmospheric nitrogen oxide levels in the Mediterranean organised by the German environmental group NABU and coordinated by Cittadini per l’Aria. Other Italian partners are Ancona, Civitavecchia, Genoa, La Spezia, Livorno, Monfalcone, Naples, Savona and Trieste.
Sampling was carried out for 30 days between early June and early July. This interim report explains the work involved.

Specifically for Venice, it will be interesting to find out the relative weight on air quality of port activities (notably cruise ships) versus generalised water traffic in the lagoon. The aim of our work is not to demonise any particular sector but rather clarify the relative contributions to air pollution of different sectors to better focus the policy responses.

Read more about the compelling case to turn the Mediterranean Sea into a sulphur Emissions Control Area here. 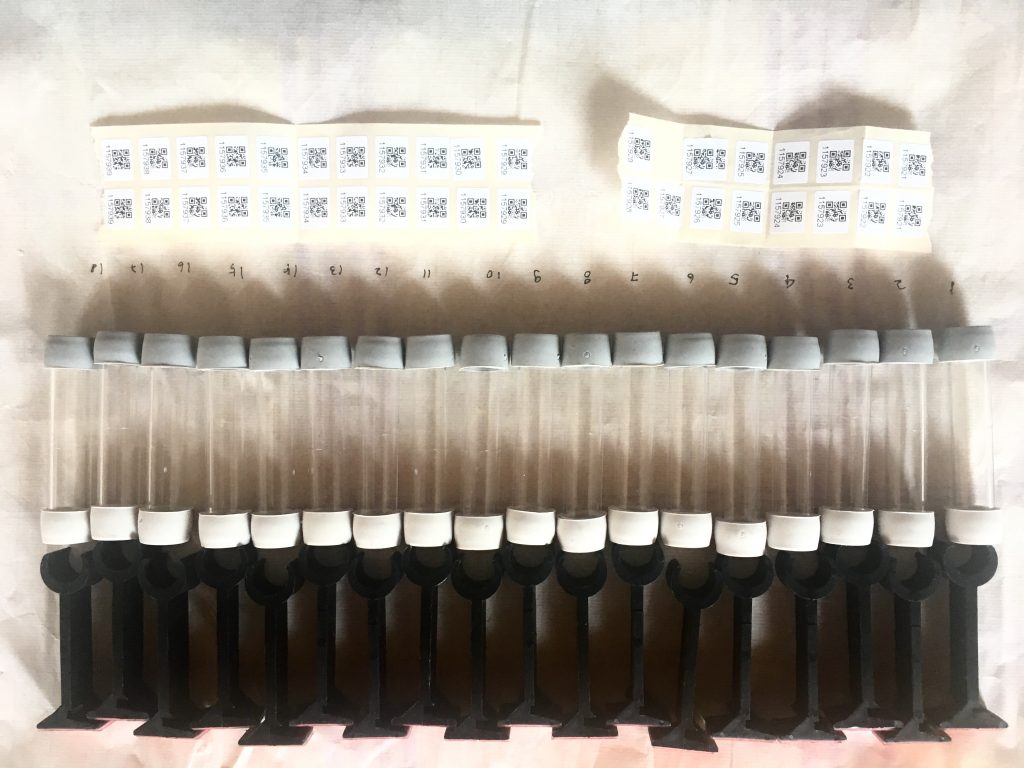 Proceedings of the workshop hosted last September by WahV that built connections between experts, local communities and agencies in charge of air quality in the main Italian port-cities. The results of the epidemiological study in Civitavecchia are striking and clearly demonstrate the adverse health effects of ship emissions. Further information on this first part of the report by Cittadini per l’Aria.

Phase one of the campaign was an international workshop in Rome on 28th March 2017, organised in partnership with NABU that concluded with the Rome Declaration. In September 2017 a  workshop took place in Venice to share knowledge and compare experiences in different port cities around Italy.

A cruise ship in the Mediterranean pollutes as much as 5 million cars,

And yet the problem is still seriously underrated.

The numerous photos taken over the course of the summer represent growing interest in this problem, particularly from people living in port cities.

The impact of ship emissions on the quality of the air that we breathe is often overlooked. However, this type of pollution is deeply harmful for humans and the environment.

For over a year, the NGO Cittadini per l’Aria has been engaged in the European project “Let the Mediterranean Breathe” calling for urgent measures to limit this little-recognised form of pollution and to raise awareness, including through social networks and photography.

The photography competition #SEAOFSMOKE, promoted by Cittadini per l’Aria, received one hundred entries. “We are satisfied: it is an important sign of growing awareness”, explains the President of the Association, Anna Gerometta. “The message is clear. Citizens are asking the institutions to address the problem with urgency: the health of us all is at stake”.

Atmospheric pollution produced by ships far from the coast is still transported hundreds of kilometres to the mainland by winds, significantly reducing the quality of the air that we breathe. Ship emissions smother port cities, worsening the health of those that live in them and causing premature deaths. In Europe, it is estimated to be 50 thousand a year. Furthermore, ship emissions are responsible, on a global scale, for 2.5% of greenhouse gases, and their share is growing: according to recent estimates, by 2050 they will increase between 50% and 250%.

Since 2015, with the Council Directive on the sulphur content of marine fuels coming into force (EU Directive 2012/33), ships in the Baltic, North Sea and English Channel must use fuels with a sulphur content capped at 0.1%. These rules have already, in little over a year, halved sulphur concentrations in the affected areas of Northern Europe. In the Mediterranean, however, ships use fuels with a sulphur content of up to 3.5% and they do not use any sort of emission reduction system. Over the same distance travelled, a cruise ship emits air pollutants equal to 5 million cars.

Cittadini per l’Aria calls for emissions at sea to be reduced by law, as is the case for land vehicles. “We want our Mediterranean to introduce regulations to guarantee the use of cleaner fuels, the adoption of technologies and systems for reducing emissions, such as the reduction of speed and adjusting routes to use the currents”, explains Gerometta.

European countries in the Mediterranean basin – continues the president of Cittadini per l’Aria – must intervene by setting up an emissions controlled area (ECA) in the Mediterranean like that which already exists in the North Sea. And Italy, which has a particularly large expanse of coastline and thus high exposure of its population, must take a leading role in Europe in order to create the conditions for this to happen”.

“The Mediterranean is our home and the quality of the air that we breathe must be protected”, adds Angela Missoni, Creative Director of Missoni and President of the jury for #SEAOFSMOKE. “An unsustainable maritime industry is not compatible with protecting human health, the future of our planet and the fragile environment that the Mediterranean represents”.

Italy must also rethink the importance of city planning and strategic development, evaluating the environmental impacts of ports with greater attention”, concludes Jane da Mosto, co-founder of the NGO We are here Venice, which partnered with Cittadini per l’Aria for the competition.

THE WINNERS AND THE JURY

The photos that captured ship pollution for #SEAOFSMOKE came from all over Italy as well as abroad. Portraying ferries, container ships and cruise ships, with smoking chimneys right under the windows of our houses as well as in open sea. Among them, 8 were selected to receive prizes donated by the Scuola di Mare Santa Teresa, Patagonia, the Giornale della Vela and BIOECOGEO.

First prize was awarded to a photo taken by Alessandro Fosca, of Cattolica (RN), at Livorno port.

To choose the winning photos, the jury was made up of Angela Missoni, Creative Director of Missoni, Taiye Selasi, writer, Jeff Goodell, Rolling Stone magazine journalist and author of “The Water Will Come: Rising Seas, Sinking Cities, and the Remaking of the Civilised World”, Lidia Fersuoch, President of Italia Nostra, Venice, and Marta Weiss, Curator of Photography at the Victoria & Albert Museum, London, who highlighted that “In judging the photographs, I was looking for a contrast between the sense of place and the pollution afflicting it”.

THE PROMOTERS AND THE PROJECT “LET THE MEDITERRANEAN BREATHE”

The project “Let the Mediterranean breathe” is supported by the German association NABU and involves various European associations. For more information visit: www.cittadiniperlaria.org/il-progetto-facciamo-respirare-il-mediterraneo/

The collection of photo-exposes does not stop there. Cittadini per l’Aria invites everyone to continue paying to this theme and publish the best photos on Instagram and Twitter (#SEAOFSMOKE, #UNMAREDIFUMO), sharing them with @citizensforair.

The winning photos and the complete list of winners and prizes can be viewed via the link: http://bit.ly/unmaredifumo_fotogallery

For more information and interviews: