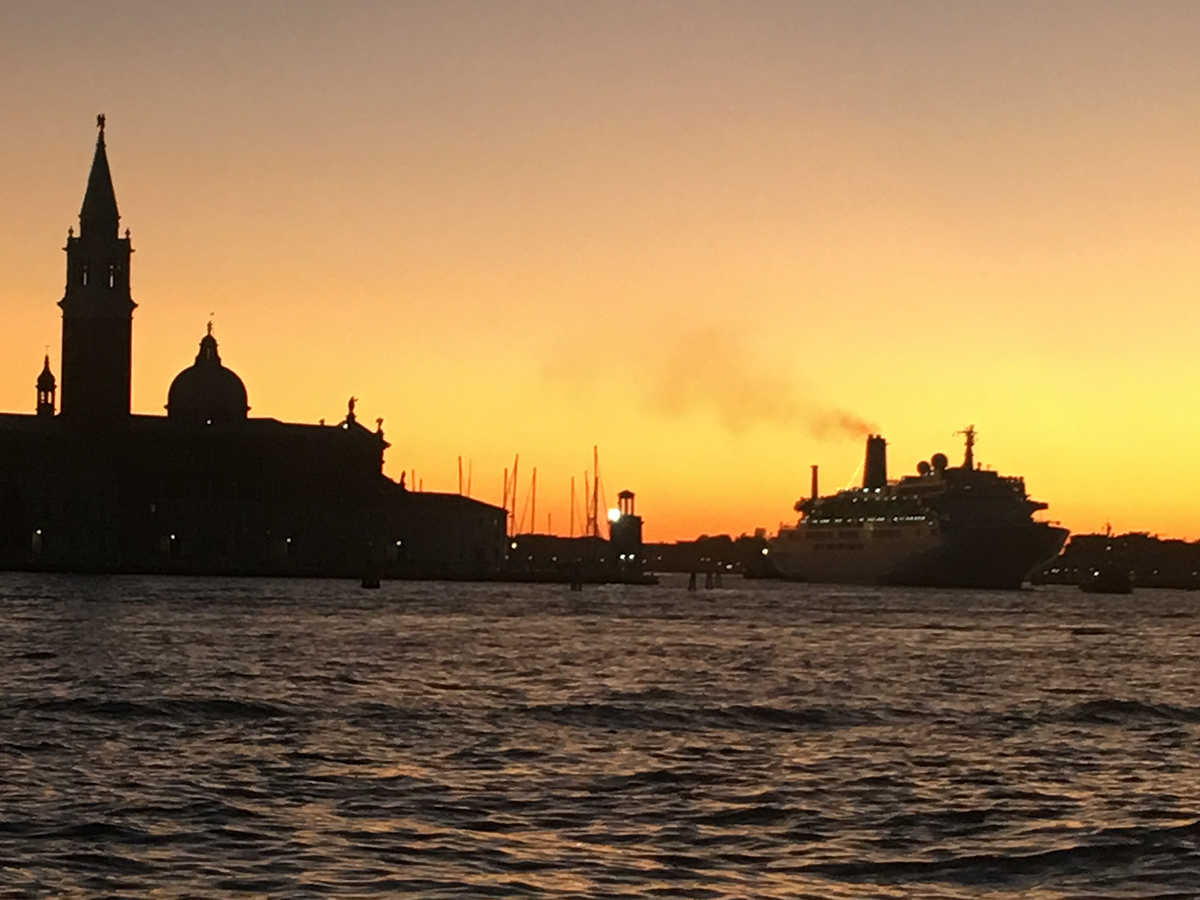 It has been a long wait since the last Comitatone (the inter-ministerial committee for planning, coordinating and monitoring Safeguarding of the Venice Lagoon) in August 2014, and yet a definite solution is as elusive as ever, even though the Minister for Infrastructure, President of the Port Authority and Mayor of Venice are tying to make it seem as though the problem has been solved, and a surprising number of reporters and commentators produced celebratory headlines. This diagram shows why the government’s plan to remove cruise ships from the Bacino di San Marco is not convincing:

1. it applies to ships bigger than 55,000t (business as usual for all the rest);
2. it will take many years to implement and there are many technical uncertainties;
3. there is a chance that the passenger terminal will remain where it currently is which means continuing air quality problems (in the absence of a plan to provide electricity to ships instead of keeping their engines running)
4. the new terminal will be in Marghera which necessitates ships continuing to cross the lagoon (which exacerbates existing problems of physical stability ecological functionality);
5. the institutions are ignoring public interest in the issue, not least the results of a “popular referendum” conducted in June 2017 by the NoBigShips group that found 98% of Venetians do not want any large cruise ships to be allowed into the Venice Lagoon.

The future of Venice depends on the health of the lagoon and Venice should instead be looking for alternative types of economic dependency than the mass tourism associated with cruises. 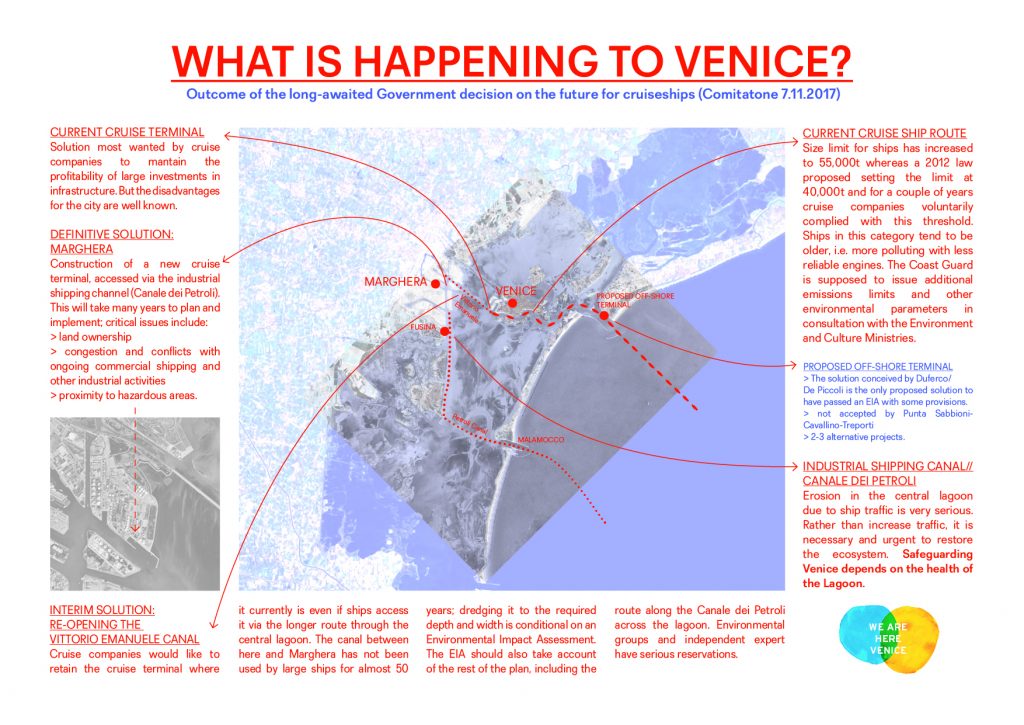 The first Artist Residency at the Accademia Galleries, Venice

As conclusion of the artist's residency, the presentation of Aurale, Brusii per audioguide After three…

How to make your own anti-cruise ship awareness campaign