On 15 May 2018 the Gazzettino announced a new committee for keeping Venice and Mestre together.

This provoked a spontaneous reaction from across both Venice and Mestre: over 130 signatories were gathered in support of the Referendum and the benefits to both cities of separate local governments.

View the PRESS RELEASE and SIGNATORIES HERE and the local coverage below: 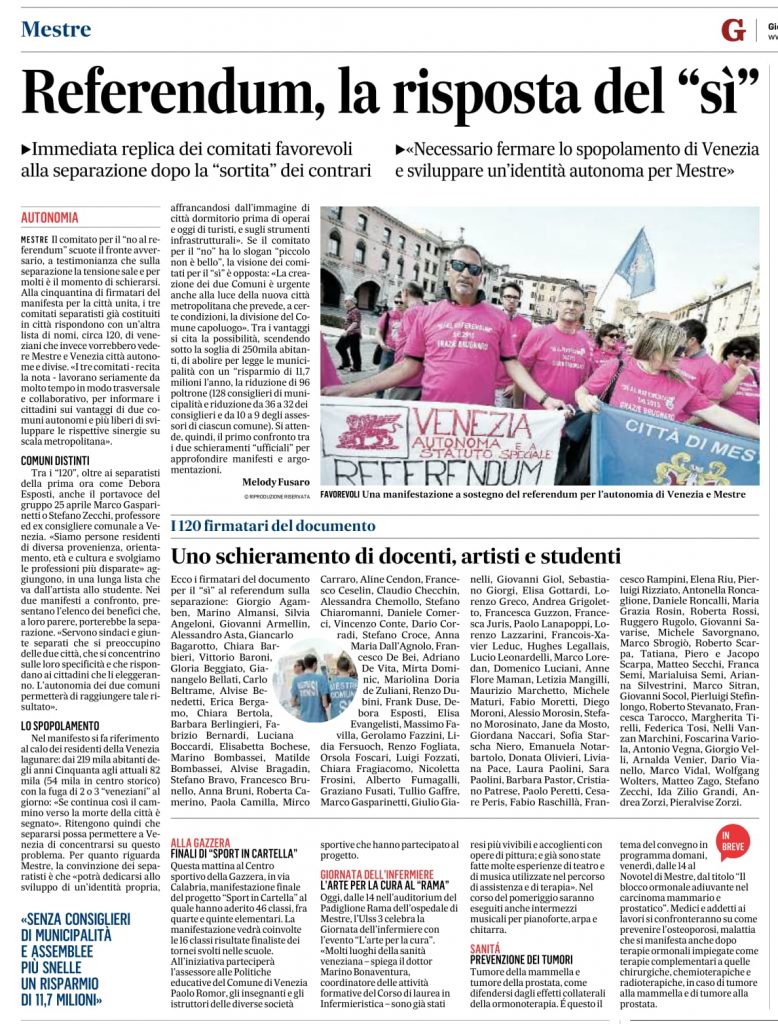 We also value inputs from others, especially Senator Mario Rigo, who has been an advocate of the independent administrations of Venice and Mestre since the beginning of time: 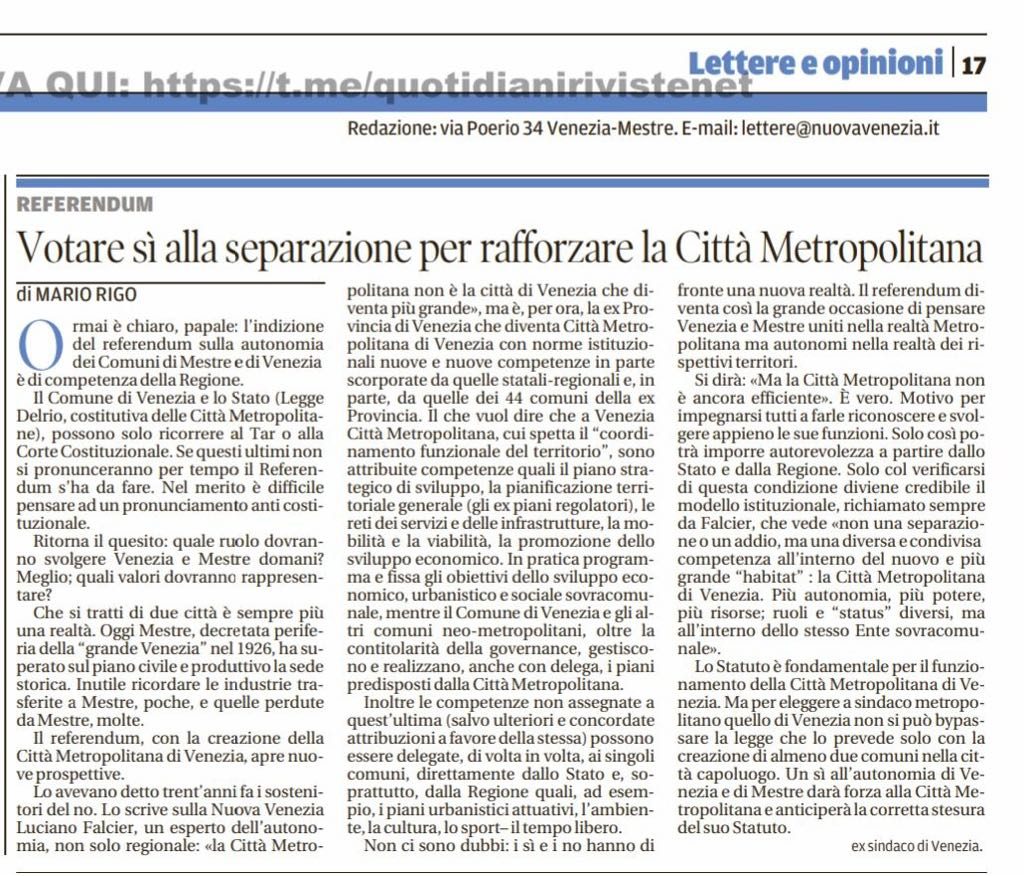 Polpo, the popular London restaurants inspired by Venetian bacari, are hosting an evening of cocktails…