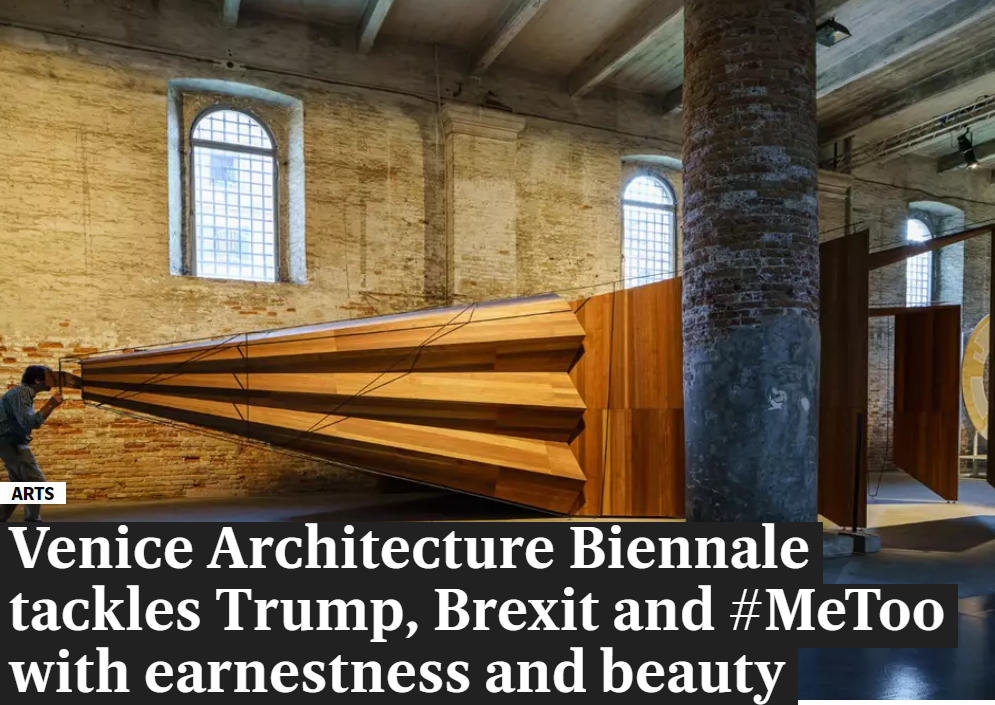 A review in London’s Evening Standard refers to We are here Venice’s Laguna Viva at the V-A-C Foundation with high praise and, importantly, picks up on the inherent contradiction with the theme of this year’s Architecture Biennale:

“Its baggily positive theme of “Freespace”, chosen by Irish practice Grafton Architects, is at odds with the reality and power of the biennale in its host city. A large chunk of Venice’s eastern end is segregated, open only to ticket holders, including the Giardini — the island’s main green space — and the historic Arsenale, where the Venetian empire’s ships were built.

“Like an alien spaceship, the biennale lands in Venice every year, maintaining its lifelines to other worlds… while keeping itself detached from the city,” argues the Forum Futuro Arsenale, which is calling for free passage through the area for Venetians.

In the past, the biennale organisation engaged with Venice directly by funding local projects, but these days neither the bureaucracy, curators, nor exhibitors deal much with the city itself.

One exception this year was a miniature living salt marsh by We Are Here Venice (a local group) working with Assemble, installed at the artsy V-A-C Foundation as a reminder of the fragility of the lagoon’s ecology.”

While the local population dwindles, passengers from giant cruise ships continue to flood into La…