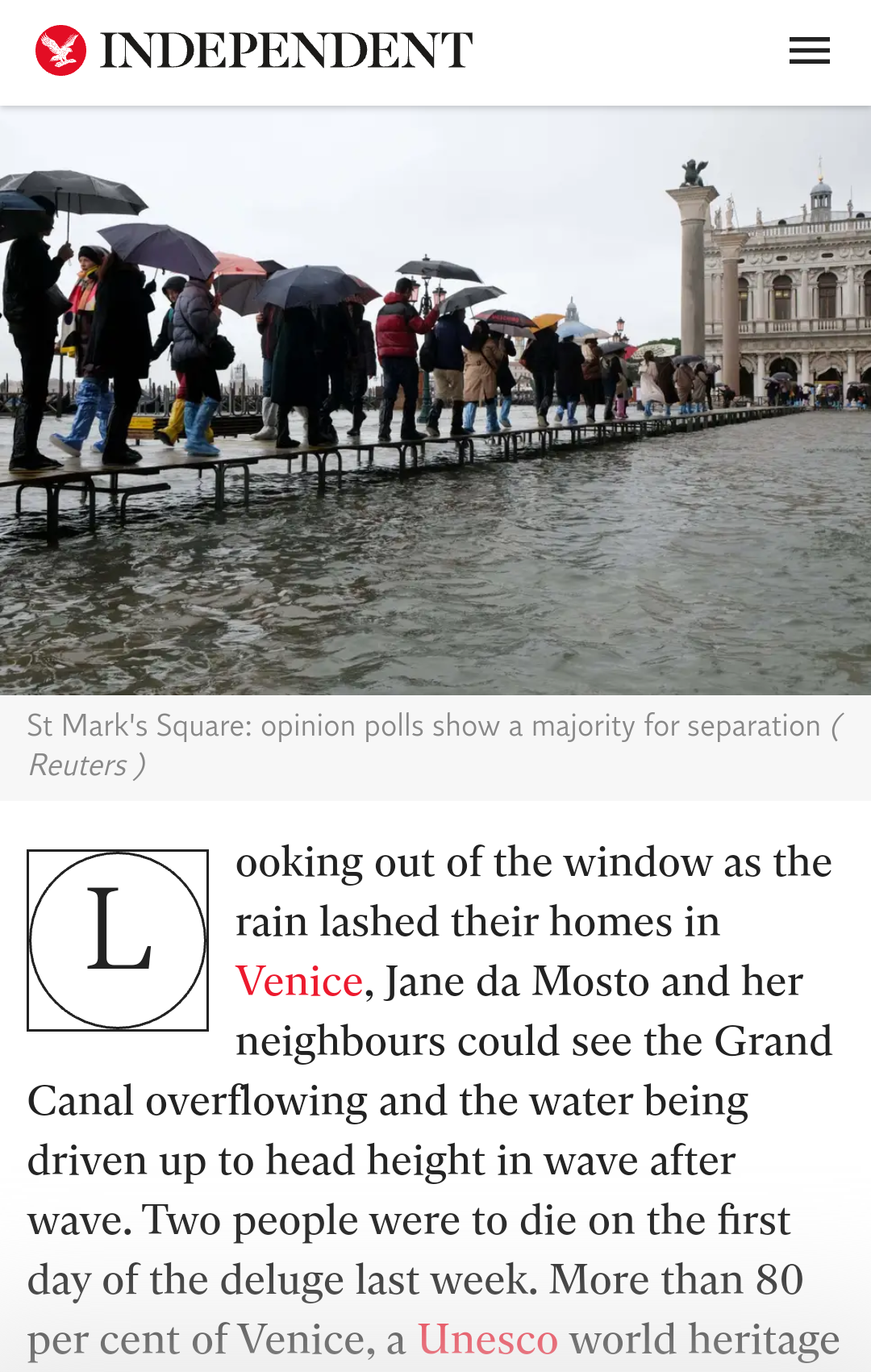 ‘A mayor looking after just Venice would have more time to dedicate to the things that really matter to the city…we can’t change natural phenomena but we can change what we do about them.’

Further flooding in Venice has attracted the attention of the international media, including The Daily Telegraph, The Times and The Independent.

‘The people “in charge” of Venice are increasingly out of touch and have different priorities to the residents.’

The Associated Press, CGNT News, Estonian newspaper Postimees, Serbian newspaper Telegraaf and Danish paper Information also featured interviews with us, as the disastrous and preventable flooding in Venice makes headlines across the world.

‘If we win the referendum, quality of life would improve and political representations would be more in touch with life in the city.’

These articles featuring We are here Venice reaffirm the need for specific governance and a living population within the city in order to tackle these problems.

American broadcaster CNN contacted us about the situation, as did South Korean radio channel News Focus 1.

Global media interest in Venice’s challenges has been very intense (USA, UK,  numerous European countries, South Korea, Canada, Middle East, to name just some of the platforms that have contacted us); national (Italian) concerns are different.