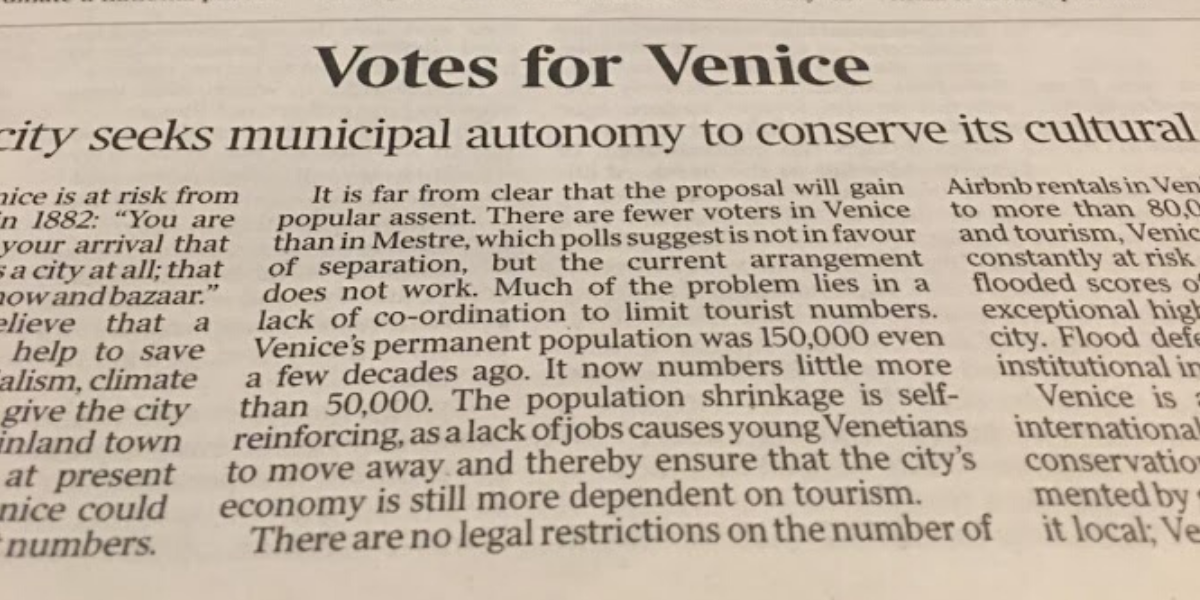 British national newspaper The Times has reported on the upcoming referendum on refining the administration to allow greater focus on the specificities of Venice and the mainland (Mestre and Marghera).

The article highlights the court battle that was fought successfully for the referendum to be held, as well as a recent poll published by We are here Venice.

The Daily Mail and The Week have covered the story, as has Australian paper The Australian.

The attention that the referendum is attracting in both national and international press is testament to the importance of the vote on 01/12/2019, which has the potential to be a pivotal moment in the decline of Venice and Mestre. The two cities were forcibly united under one administration during Mussolini’s Fascist regime.

An article by Alison Stewart, published in both the Sydney Morning Herald and the Melbourne…

The LA Times 18.05.2020: European hot spots like Venice, Italy, are reopening, but without many tourists

Venice is predicted to be one of the last places to which travelers return, because…