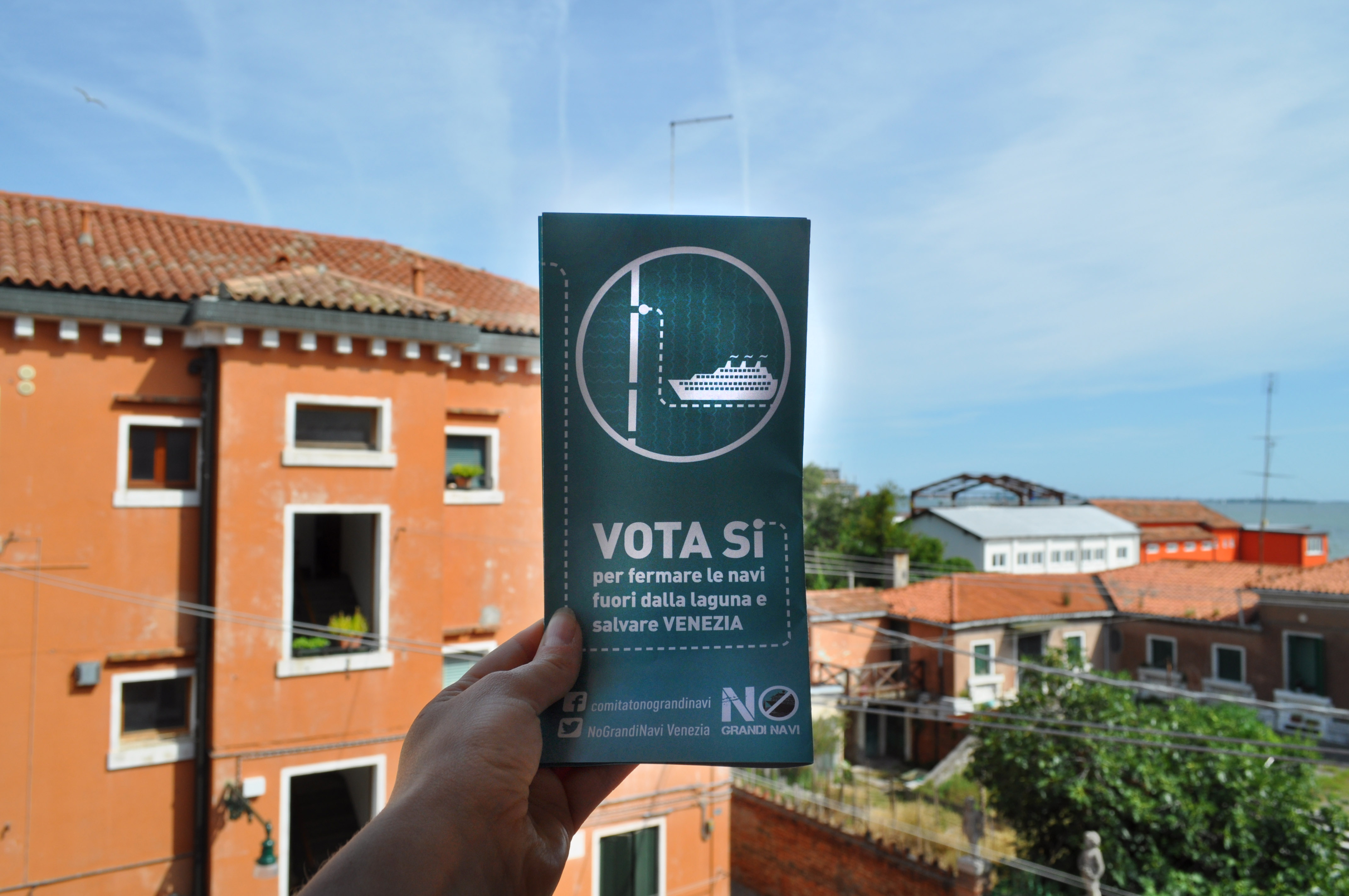 The Referendum on 18 June aims at finally putting an end to the devastating presence of large cruise ships in the Venice Lagoon and at triggering a change in national government policy, in favour of protecting all Italian city-ports threatened by the cruise industry.

Despite cruise companies’ attempts to improve their public image in terms of environmental sustainability, with hefty investments in marketing, serious emissions of fine particulates and other pollutants continue.

In 2016 in Venice, all legal limits and targets in terms of human health were exceeded for atmospheric pollutants. This is extremely serious especially considering how close the ships come to the city centre while travelling through the lagoon and while docked at the Marittima passenger port, just a few metres from peoples homes and other activities.

Despite the urgent need to get large cruise ships out of the Lagoon, government ministers, the Mayor of Venice, the new President of the Port Authority and the powerful cruise lobby persist in proposing unsustainable plans like further dredging of channels as alternative routes for cruise ships within the Lagoon. Moving large amounts of contaminated sediments and causing further erosion along with other changes to lagoon circulation would further endanger the health of the lagoon system that protects Venice. Instead, new plans are needed to address current imbalances in a lagoon that is already suffering in terms of vital signs and ecological processes.

On June 18 citizens of the world who have an interest in the future of Venice – because they live here, work here, visit here or just want Venice to survive – are called upon to answer this simple question: “Do you want large cruise ships to stay outside the Venice Lagoon and do you want to put a stop to dredging within that same lagoon?” The required answer to endorse the importance of our health and that of our city and to put an end to risky infrastructure projects involving dredging in the lagoon is definitely YES.

The Referendum is also an opportunity to remind ourselves and everyone that climate change must be addressed locally, by defending the territory we live in and blocking any further, and useless, devastation.

Results of the popular referendum of 18th June show the almost unanimous (98%) of about 18.000 people voting in favour of getting large cruiseships out of the Lagoon.

WahV at the Cartagena Cruise Dialogue 2020

WahV was the only NGO to take part in the Cartagena Cruise Dialogue 2020, where…

Outcome of the long-awaited Government decision on the future for cruiseships (Comitatone 7.11.2017)

It has been a long wait since the last Comitatone (the inter-ministerial committee for planning,…