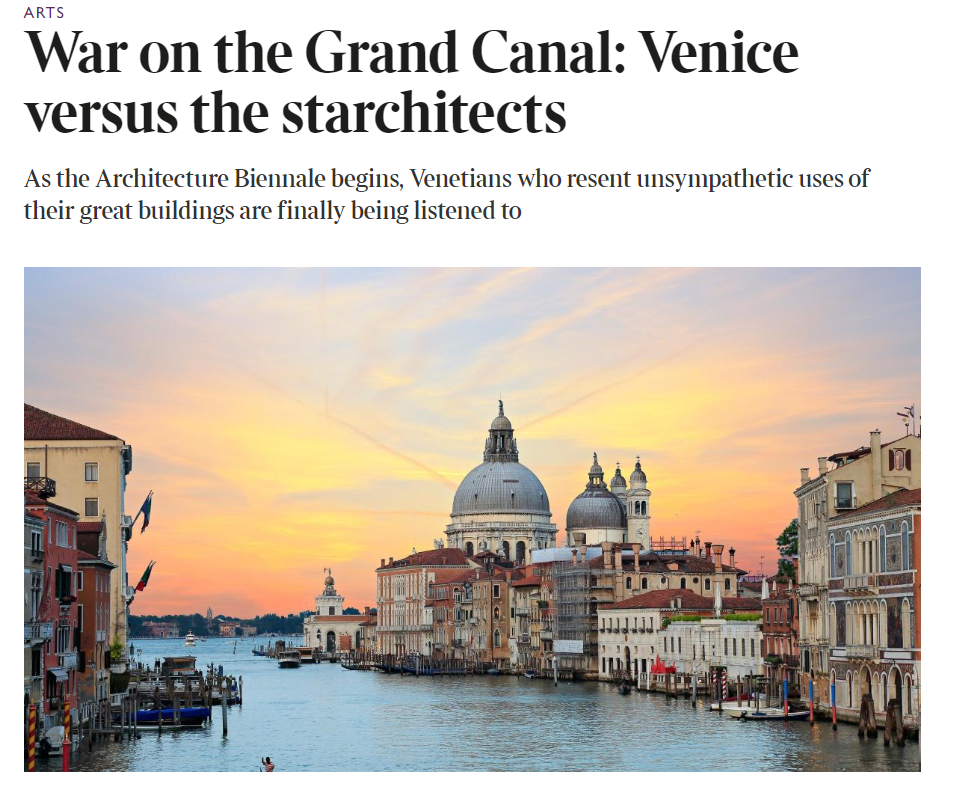 We are here Venice has the last word in James Imam’s article in The Times on Monday 21st May:

We Are Here Venice (WAHV), boosts activist associations by honing communication between itself and the authorities. For Venetians to make themselves heard, an administrative split with Mestre (the population of which outnumbers that of Venice) is required. While that will be proposed in a referendum in September, none of the three previous votes of this kind has achieved such a result.

Yet WAHV offers a ray of hope. On my second visit to the palazzo, Da Mosto is about to leave with the horticulturist Lorenzo Bonomettofor a survey of Venice’s lagoon. She has been enlisted by Assemble, the London-based Turner prizewinning collective, to design a garden installation at the Palazzo delle Zattere, a new art gallery run by the Russian billionaire Leonid Mikhelson’s V-A-C Foundation. Briefed to create something relevant to Venice, she has chosen to celebrate Venice’s lifeblood: a micro salt-marsh habitat that will be housed in tanks made from tiles made in a Liverpool ceramics factory.

In the context of Venice’s struggles the Zattere case may look trifling. Yet it’s the most worthwhile example of something resembling Freespace in action. Here, the architects went to the locals first instead of superimposing their visions on an alien community. What better way to help Venetians repossess their troubled city?